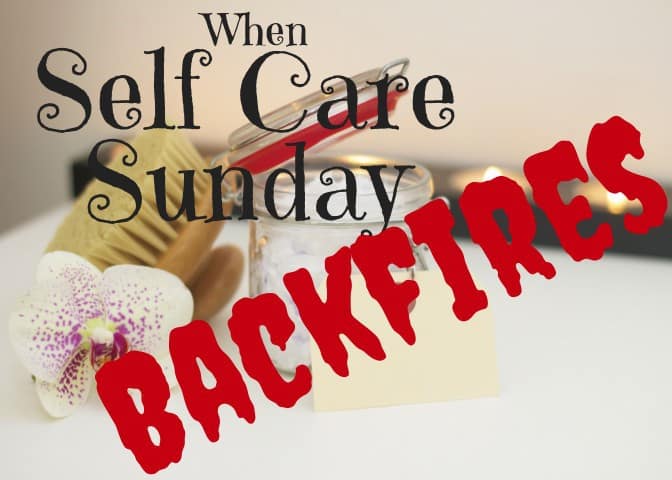 Oh, the Nightmare that was Self Care Sunday.

Anyway, I wrote that I was hoping for some pizza because the mister sprung a craving on me the day before and all I could think about was pizza from this little place about 30 minutes from our house.

When we got there, the place was pretty busy but no one was parked near the building (it’s a street parking only kind of place). I thought it was strange enough that I asked the mister, “hey, why is no one else parking here?” You gotta know his personality to realize that this is the only thing he could ever have said in this situation…”Uhhhh, I don’t know? Because they’re dumb?” And that was that.

We waited almost an hour and a half for the pizza. I was beyond hangry at this point. We kept getting the, “it’s almost out, thanks for your patience.” Then we got a, “Oh, by the way, your pizza still has 16 minutes left in the oven…” Our concept of “almost out” is pretty different there, bro,

Finally. FINALLY, the pizza comes out and, you wouldn’t believe it but it wasn’t the right pizza. In fact, I don’t, won’t eat sausage because it reminds me too much of the fetal pig I dissected 10 years ago in biology (yeah, I know ?‍♀️). And lo and behold, little tiny minced up pieces of sausage was the only thing on the pizza. “Oh no! Sorry, ma’am but it will be another 40 minutes for us to make you the one you asked for.” Hangry. HANGRY. But, somehow, I was still nice. “No, thank you, I really need food sooner than that. Can we get the check?” To pay for our drinks? Grrrrrrr. I’m sassier in my head.

We leave with plans to head to the store to buy me a pizza I can take home and make because by goodness, I’m going to get my pizza! I had noticed at some point during the hour and a half that we were waiting on the wrong pizza that outside the restaurant was looking…strange. People were walking around in the middle of the street. You don’t see that every day. There was a funnel cake vendor parked on the road and a guy walked up and down the street with balloon animals. Kinda bizaar for Main Street…

We stepped outside and it all made sense. To my horror, people were lined up and down both sides of the road in lawn chairs eating funnel cakes. And our little loney car was the only one parked right in the middle of what seemed to be a parade that was about to start.

Yeah… a parade. In our defense, there were no signs warning that there would be a parade, no streets blocked off. In fact, when we got there, the street was dead. It was housing the whole town by the time we came out. Apparently, a lot can happen in an hour and a half. I mean, a lot can happen, but apparently it doesn’t include pizza. ?

By this time, I am MORTIFIED. I just want to hide. I’m ducking my head, trying not to look anyone in the eyes. I can’t bear to see the judgement that is palpable. I make it to the car and slink down trying to hide my shame and we pull out, driving down a long road still lined with even more people waiting on a parade that everyone else seemed to know about but us.

“It’s funny! We’re basically the first float in the parade.” No, no…we’re the random idiot car driving through the parade that we didn’t know was a parade. He says, “Yeah, but if this was a TV show, it would be hilarious.” Yes, because you’d be judging the poor idiots driving through the parade. Then, even worse, he says “I could see Larry David doing this on Curb Your Enthusiasm.” And I remind him that everyone on the show thinks his character is an idiot and a jerk and I don’t want people to think I’m an idiot or a jerk.

“You’re overthinking this.” Yeah? I have a finger that’s calling your name there buddy. I know, I know…but just keep in mind that by this time it’s almost 3pm and I haven’t eaten all day and I’ve just waited over an hour and a half for a pizza I’ve been craving for days only to be given something I can’t eat and now I’m dying of embarrassment as the idiot car driving through the parade. Excuse my sass.

Once we got out of the limelight and I managed to cool my inflamed face, I have to admit, I was kind of jealous of my husband’s reaction. I’d love to learn to shrug something like that off. I doubt I’d ever be the person who waves at people waiting on the parade as I drive through it, but to laugh at the almost tragic hilarity of the situation and not care that it happened? That would be life changing.

Once I was calmer, I asked him how he could laugh and enjoy the same situation that basically comes from my nightmares. His answer pointed me toward a different interpretation. I saw that event and thought of how stupid and inconsiderate it was to disrupt the parade. I felt the sense of judgement that we somehow should have known not to park there because everyone else knew and were therefore subject to the full weight of judgement.

My husband looked at that same event and thought, “this would be hilarious if it were on a tv show!” And then he enjoyed it as such, almost as if he were living out one of the funniest moments of his favorite show. His perspective feels like it’s a lot more fun than mine.

It takes a lot of energy to shift your interpretations. Your brain gets so accustomed to going down it’s familiar path of “being the only car parked in the middle of a parade makes you an idiot” that it almost happens on autopilot.

Even though it’s difficult, the good news is that we really can shift the brain’s response and interpretation. For a while, it will keep trying to go down the old tried and true path it’s always gone down and you have to force it to carve out another path, to try out the framework of living out your favorite tv show, for instance. And it feels stiff and it keeps wanting to jump back to it’s familiar response, but if you stick with it, you really can push your brain to create a new framework.

We generally get frustrated with the amount of effort that it takes and we give up before we ever really get started. But it’s like this…If you’re trying to create a new path in the forest, it’s going to take you quite a while to beat down the weeds and the bushes to create this new path. It’s going to be exhausting work, but if you stick with it and you don’t allow yourself to go down the old path, it grows up while the new path becomes more and more natural.

I’m not there yet with the parade event, but I’d like to be. I’m planning to put the work in to shift my interpretations because Sunday showed me how vastly different life would feel if I did. I could enjoy a moment of “goofing up” instead of dying under the weight of embarrassment.

Can you relate? How different would your life be if you could shift some of you automatic interpretations? It’s hard to do, but wouldn’t it be nice to have support while you put in the hard work? I just created a Facebook support group for such battles. It’s just opened and I’d love for you to join. Find it here. I hope you’ll join me because hard work feels a little easier when you have someone to do it with you.

I’m glad I can finally laugh at the nightmare of self care sunday. Such a backfire, there. Que Pena.

Oh, don’t forget to subscribe. I’d like to have ya around and you don’t want to miss some of the stuff coming to the blog here soon! Plus, if you haven’t already noticed, you get a pretty awesome, free exercise to help your anxiety just because I like ya ?

Help Getting a Good Evaluation 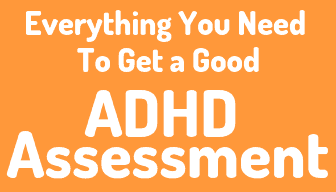 Most Popular in ADHD 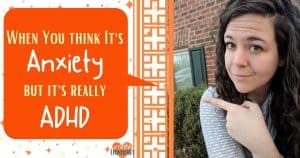 Most Popular in Anxiety 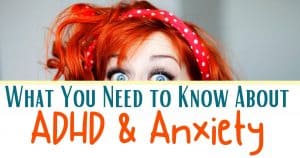 Most Popular in Mental Wellness 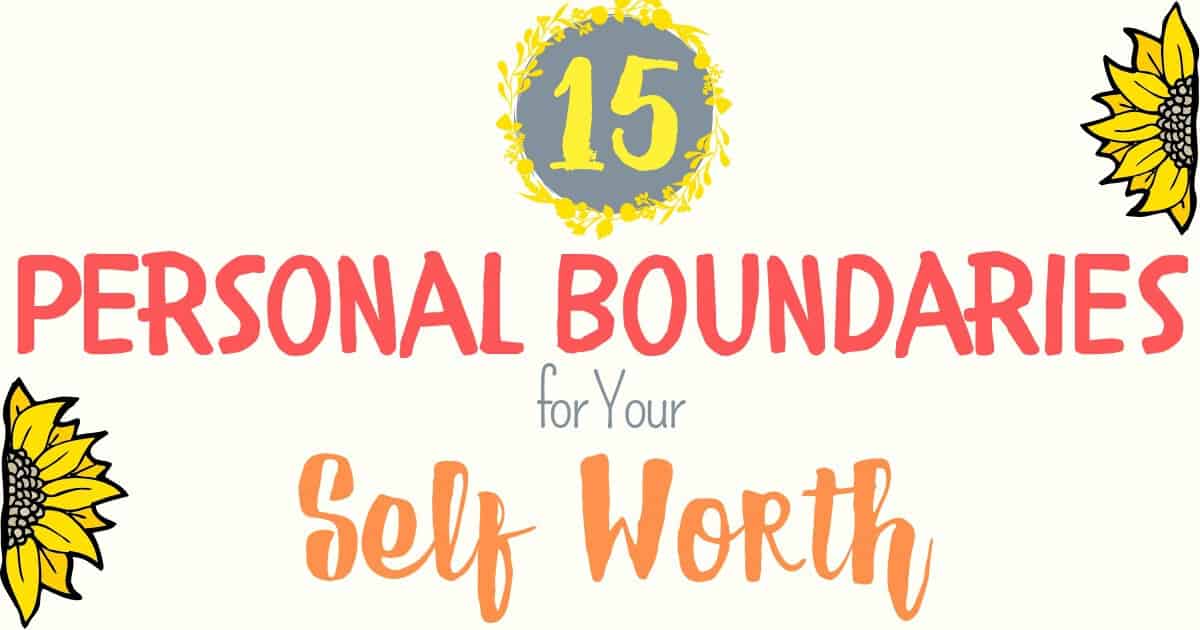 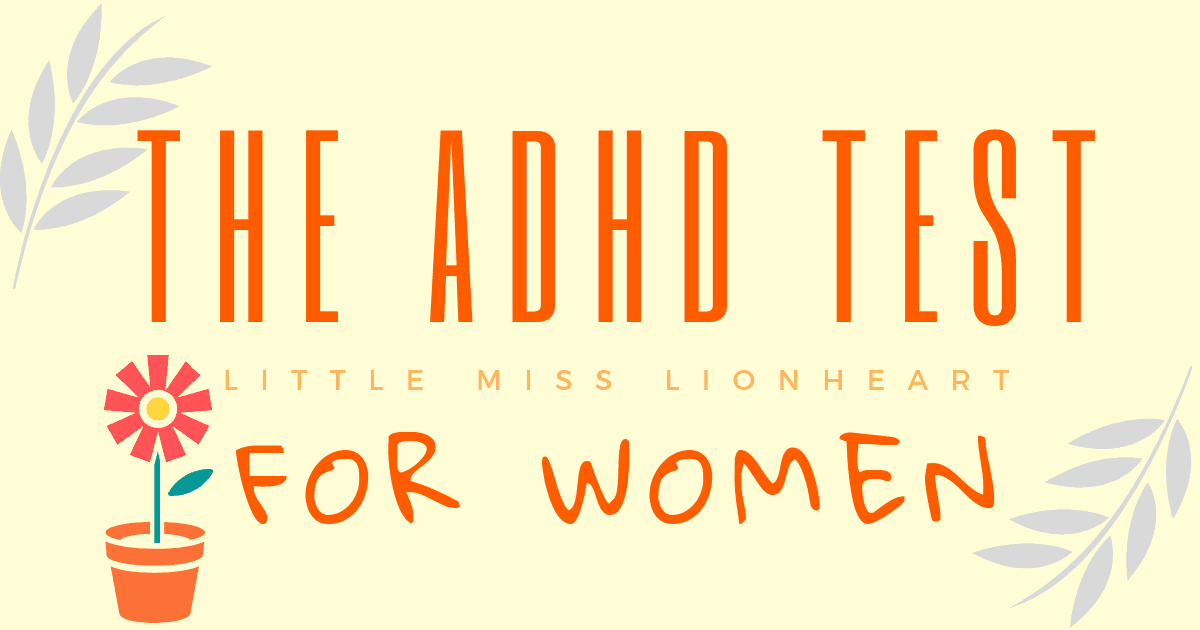