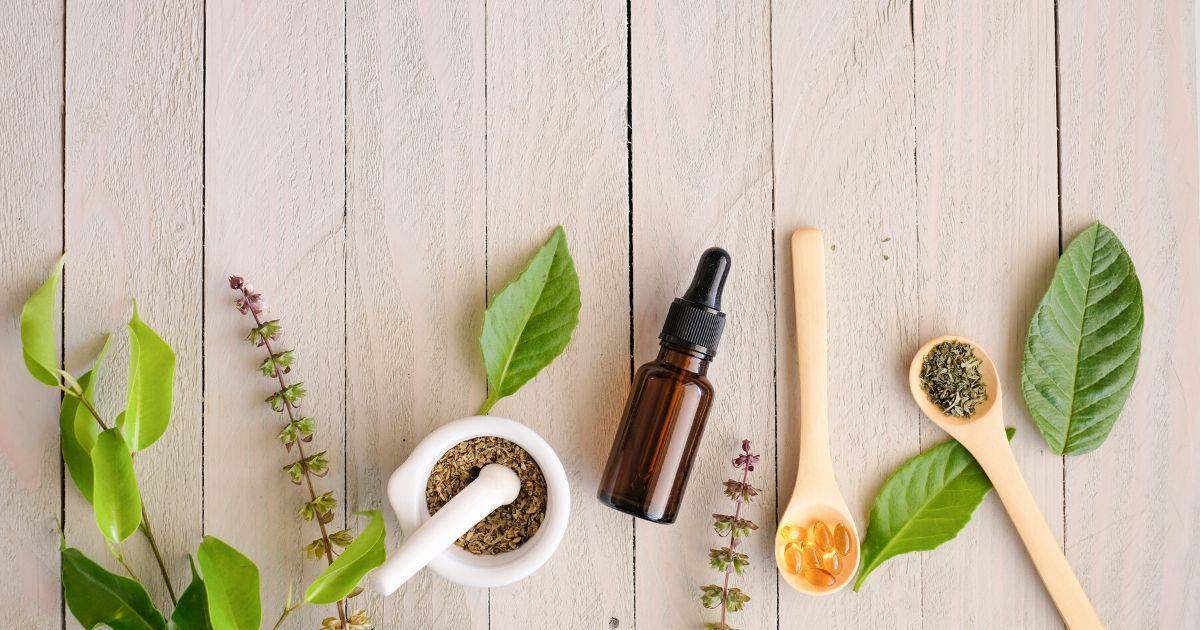 While stimulants are really effective for most people, there are many of us who need a more natural approach to treating ADHD. Whether due to a health condition, being unable to tolerate stimulants, meds haven’t worked for you, or you just prefer natural remedies for ADHD, there are a few things with some research behind them.

I discovered these while doing some research for a friend. You see, while I’ve been able to tolerate stimulants, my friend cannot. He’s got a heart condition that makes stimulant use very unwise. In case your in a similar boat as my friend, here are some ideas to explore for your ADHD…naturally.

Make Sure to Track Your Natural Approach

It may be helpful to think of your approach to natural treatment as a science experiment, of sorts. Track your efforts. Write down the date you are starting and be sure to make one change at a time so that you’ll know what it is that had the effect.

If you are starting a supplement, write down your dosage, time of day you took it and track any side effects or symptom changes that you notice. If you are trying out an elimination diet to reduce symptoms, be sure to track when it started and perhaps a list of foods to avoid as well as go-to options to help stay on track.

Also consider your mindset as you enter a trial run of these changes. Dietary changes and supplements can be a tough transition sometimes, so be sure you treat yourself with kindness and compassion on this journey.

ADHD researchers have been studying the impact of a variety of foods and additives over the decades, as well as the use of supplements to help quell the symptoms of ADHD.

Food additives and the connection with ADHD has been the subject of study since the 1970s. Though results of numerous studies have varied, scientists believe that food additives do impact ADHD. Food additives include artificial preservatives, flavors and coloring and other chemically-derived non-food substances that manufacturers add in the development of processed foods.

The impact on ADHD is thought to be connected to histamine response for people who have sensitivities to additives. For some people who ingest these additives, it is believed to impact the dopamine regulatory system, which can worsen ADHD symptoms.

Some food additives that you can eliminate to improve ADHD include food dyes Red 40, Yellow 5, Yellow 6 (these account for 90% of food dyes used), artificial flavors like vanillin, and artificial preservatives BHA, BHT and HBHQ.

Ditch the Standard American Diet (SAD) (That acronym, IKR?): The sad fact about the SAD is how non-nutritive it is. The typical American diet consists of high sugar, high fat, gluten and lots of simple carbohydrates that are taxing on blood sugar and may impact ADHD symptoms. People who eat the SAD are more likely to have an ADHD diagnosis than people who consume a healthier diet.

Focusing more on nutrient-dense foods and complex carbohydrates and eliminating added sugars and artificial ingredients will help overall health, but will also improve your ADHD symptoms. Lean proteins are especially helpful with ADHD. In fact, this diet is particularly helpful for mental health in general, including ADHD.

Related: Will a Gluten Free Diet Cure your ADHD Symptoms?

People with ADHD sometimes have insufficient levels of iron, zinc and poly unsaturated fatty acids (such as Omega 3 fatty acids). Studies have shown that supplements of iron and zinc as well as Omega 3/6 have positive effects on people with ADHD and can reduce symptoms.

These are unlikely to be helpful if you aren’t deficient in these nutrients. So if you decide to try out a supplement and find it doesn’t work, a deficiency might not have been the issue (or the supplement you used might not contain what it claims to. Uhg.)

I personally know that I don’t have an iron deficiency so I haven’t worried about that one. But I take this supplement which covers my bases with Zinc and Omega 3 which I haven’t been getting enough of in my diet lately (plus the Vitman B12 and D I’m pretty low on).

This plant-based supplement is known to help aid with attention, cognitive functioning and memory. It’s one of the most extensively studied herbs in traditional medicine and it appears to boost dopamine and norepinephrine (which is thought to be low in ADHD). And it appears to calm stress responses.

Golden root (rhodiola rosea) has also shown to be well tolerated, which is always a plus. While there aren’t any known interactions between Golden Root and any medications (other than MAOIs), it’s a good idea to talk to your doctor and pharmacist just to make sure.

It is currently in Phase 4 of a Clinical Trial to assess it’s effectiveness in treating Adult ADHD.

I just ordered this one. What can I say? I’m curious!

Some studies have indicated that this herb can improve selective attention, memory, and executive function (those kinda important things that we ADHDers tend to struggle with a bit…)

Under your doctor’s supervision, Ginkgo Biloba may help people who are overly sensitive to stimulants or to treat residual symptoms that other treatments aren’t reaching. It is said to rarely cause side effects but, when it does, they are often minimized by starting witha lower dose and building up. They are not recommended to anyone taking anticoagulants or having an upcoming surgery.

Intrested in this nifty little herb? Here’s a good option.

When ADHD impacts sleep, it makes everything worse. This can turn into a cyclical issue of sleep deprivation in which daytime focus issues worsen, exhaustion and fatigue make cognitive abilities worse and stress rises. Melatonin can help with sleep issues which may help reduce some of the cognitive issues during the day.

If melatonin helps you get to sleep, but you can’t stay asleep, check out the extended release.

It can be as simple as exercising 20 minutes per day. Being too sedentary weakens our bodies and reduces our ability to focus our minds. Exercise helps boost dopamine and serotonin levels, and this has a similar effect of Ritalin on people with ADHD.

I’ve heard of a few people who took up running and it really helped to reign in their ADHD symptoms. I’m not running unless a bear is chasing me, but other forms of exercise work too (thankfully!) Can’t get yourself to exercise? Here are some motivational ideas to help.

Meditation, yoga and other mindfulness practices are a non-invasive way to manage ADHD symptoms. These practices have shown a lot of benefit for people with ADHD, reducing symptoms and improving focus and overall wellness.

Mindfulness can be really helpful for ADHD (and anxiety, depression, and so on) but it also tends to be a lot harder for us for obvious reasons. Here’s how to practice mindfulness if you have ADHD and just can’t.

The use of neurofeedback for ADHD is fascinating. Neurofeedback involves the use of EEG or HEG results that display on a monitor (in real time) to help people learn and practice methods of modulating internal experiences. It’s like a video game based on your individual inner mind. Dude. How cool is that? Neurofeedback can help produce a relaxed yet focused state of mind. Ahhhhh.

There’s been some interesting research done on the practice but at the moment, it’s still considered experimental. Neurofeedback can be a bit expensive and insurance often doesn’t pay for it (because of that experimental status). But it’s pretty cool and so far seems promising for treating ADHD naturally.

Remember This About Supplements…

As you consider what types of supplements and behavioral changes may help your ADHD symptoms, it is important to consult a doctor to make sure these options are safe for your specific needs. Natural doesn’t necessarily mean safe; people can still experience side effects, even from a natural ADHD remedy and they can interact with other medications and even foods.

It is important to track your changes closely and make one change at a time so that you are aware of what is impacting you. Be sure to write down the date you started, the amount taken (if you are taking a supplement) and track your observations consistently. It may seem like a giant PIA but these are important steps to take to ensure that you know which strategies are having the best impact on your symptoms.

You’ve probably already figured out that research is still pretty limited on these natural options so we still aren’t sure what dose might work best or the extent to which it could benefit ADHD or comorbid conditions. Hence the science experiment, I suppose, right? And another good reason to work with a doctor that you trust.

Have you tried a natural approach that worked for you? Drop a comment!